There are many types of drilling fluids. The various types of fluid generally fall into a few broad categories:

A fluid tank is an open-top container, typically made of steel, to store drilling fluid on a drilling rig. They are also called mud pits or mud tanks. The tanks are usually open-top and have walkways on top to allow workers to inspect the fluid levels in the tanks. Other equipment is often mounted on top and the walkways allow access to that equipment. Recently, offshore drilling rigs have closed-in tanks for safety.

A drilling rig normally has two tanks. One tank is sectioned off into compartments that may include a settling tank, or sand trap, to allow sand and other solids in the drilling fluid to precipitate before flowing into the next compartment. Other compartments sometimes have agitators used to stir the fluid.

Mud tanks for solids control systems are divided into Square tanks and Cone-shaped tanks according to the shape of the tank bottom. The body of the tank is made by welding the steel plate and section, using the smooth cone-shape structure or the corrugated structure. 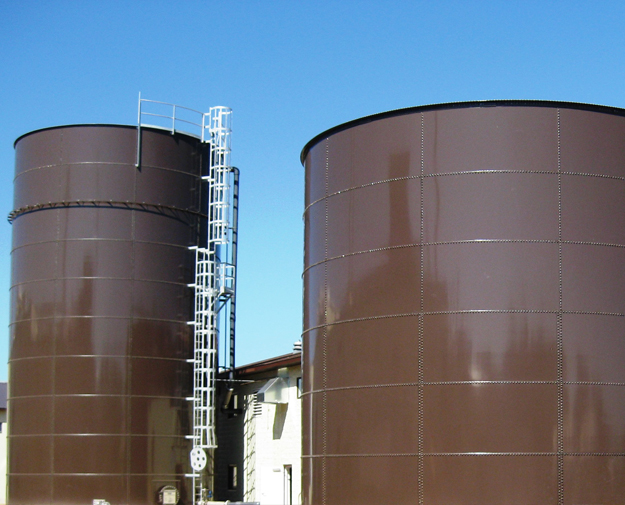